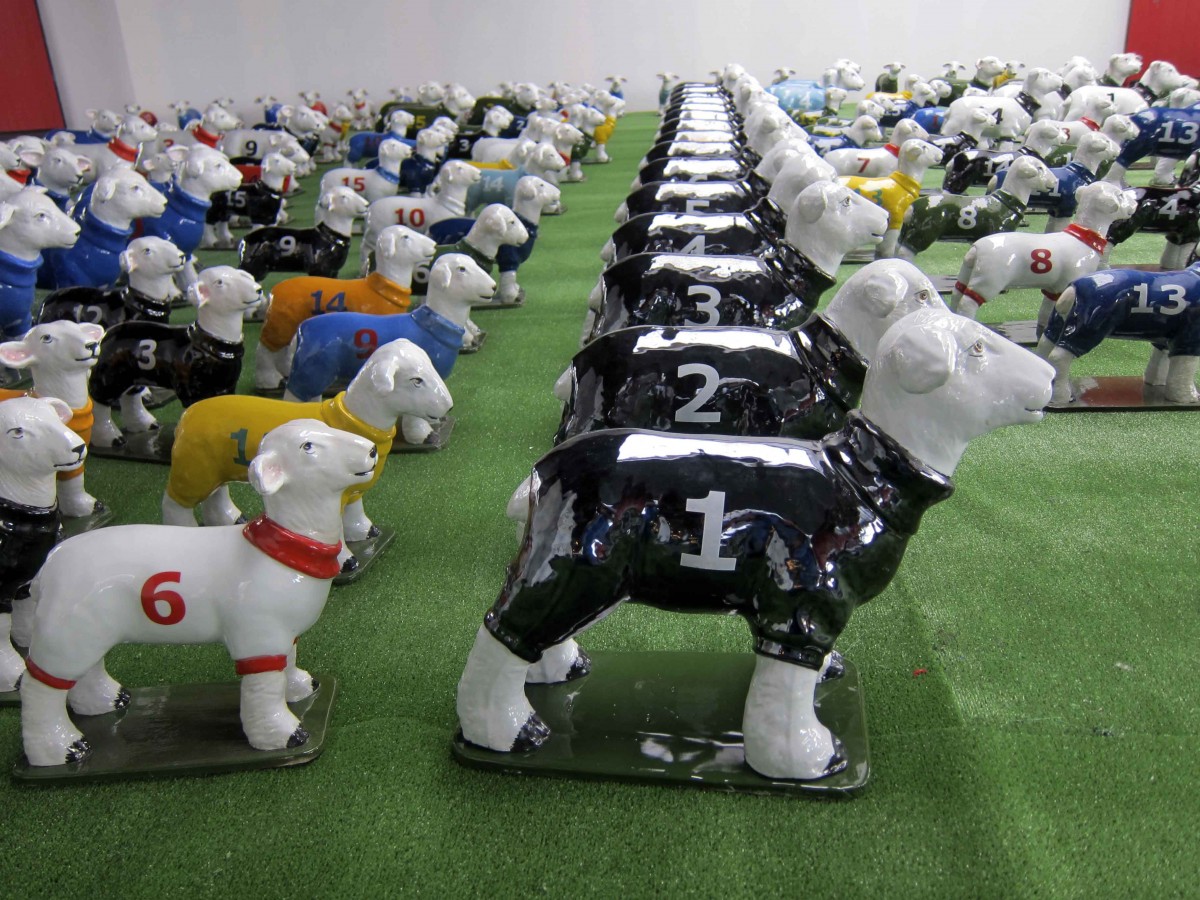 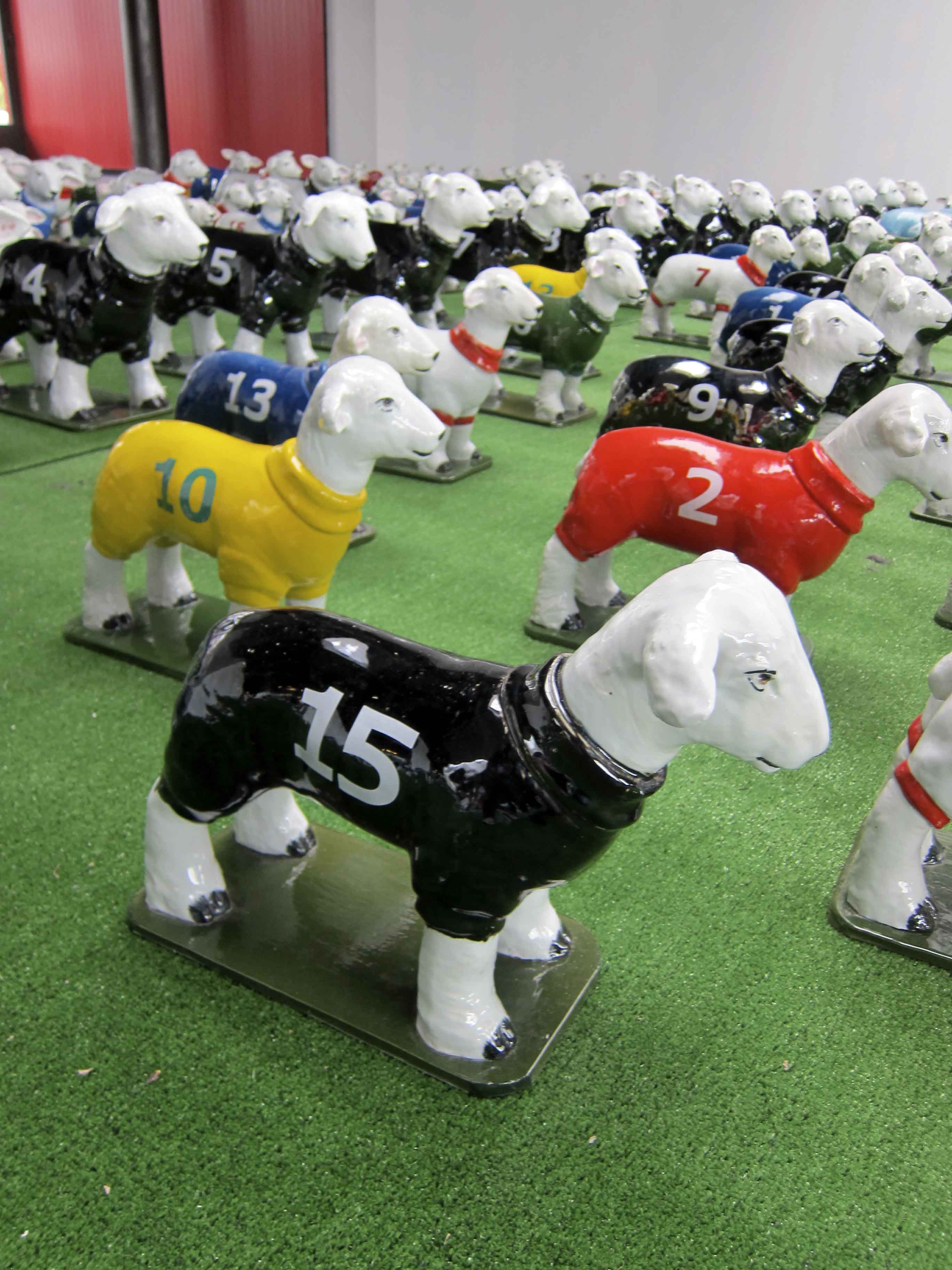 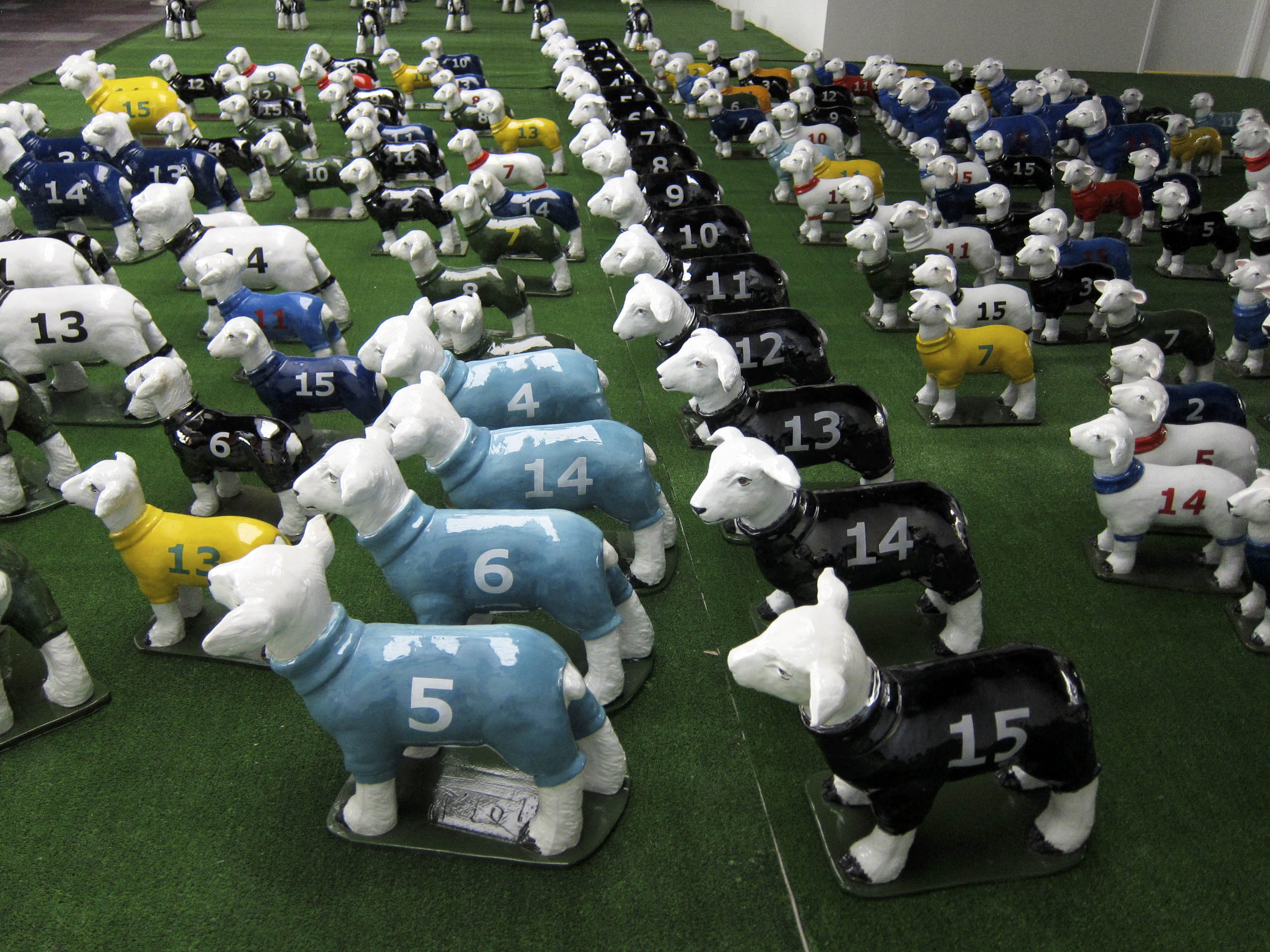 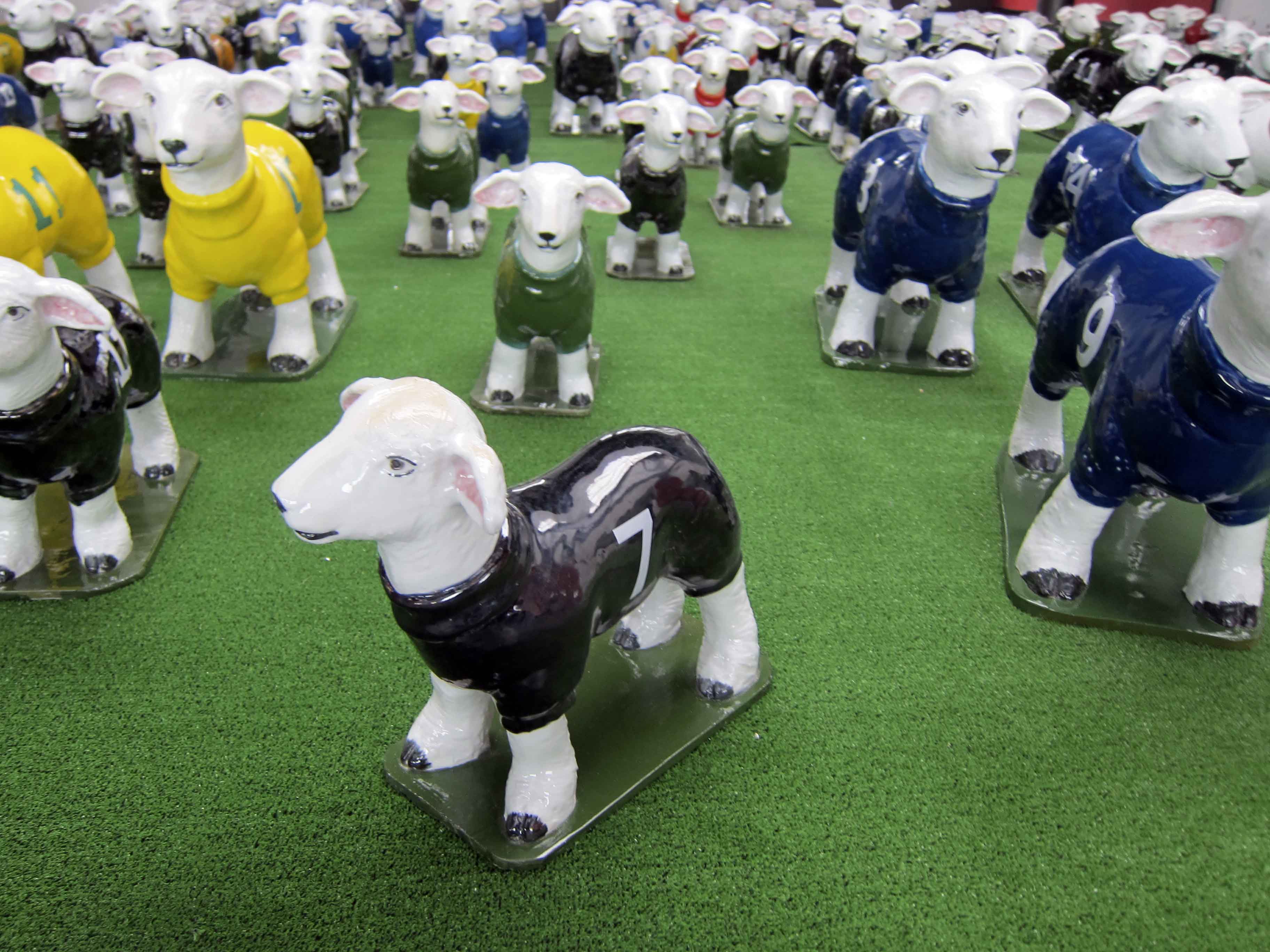 Kregar has previously investigated the role or sheep in society in his Mathew 12:12 projects where he dressed 12 live sheep in hand knitted woolen jumpers and placed them in white picket enclosures outside the Wellington and Christchurch City Art Galleries. Presenting this rural animal in such unlikely surrounding, urban audiences were confronted as to their assumptions of the indistinguishable flock and to consider religious symbolism relating to sheeps historical depiction and the number presented.

But when transformed in porcelain and painted in highly saturated colours, they seem more at home in a tourist shop than in a pastoral setting. Their sheer multiplicity further fractures their meaning, almost reducing them to trinkets. However, these aesthetically invisible animals are invigorated by their splashes of colours, drawing them out from under their often missed white palate.

We are forced to look at the overlooked. And they are disturbing one cannot help but feel discomfited by the confronting gaze of a flock of ceramic sheep. Behind their playfulness lies an unsettling swell of the uncanny. By elevating sheep to artistic subject, Kregar wreaks havoc with our conceptions of the ridiculous and the sublime.

His porcelain sheep in high coloured national rugby jerseys ooze kitsch as they celebrate the Rugby World Cup in New Zealand. But is Kregar making a mockery of our national icon, or paying them homage? Are we celebrating the Cup or denigrating its supporters as a mindless herd? Kregar the trickster evades a simple answer, leaving us to make sense of his flock.