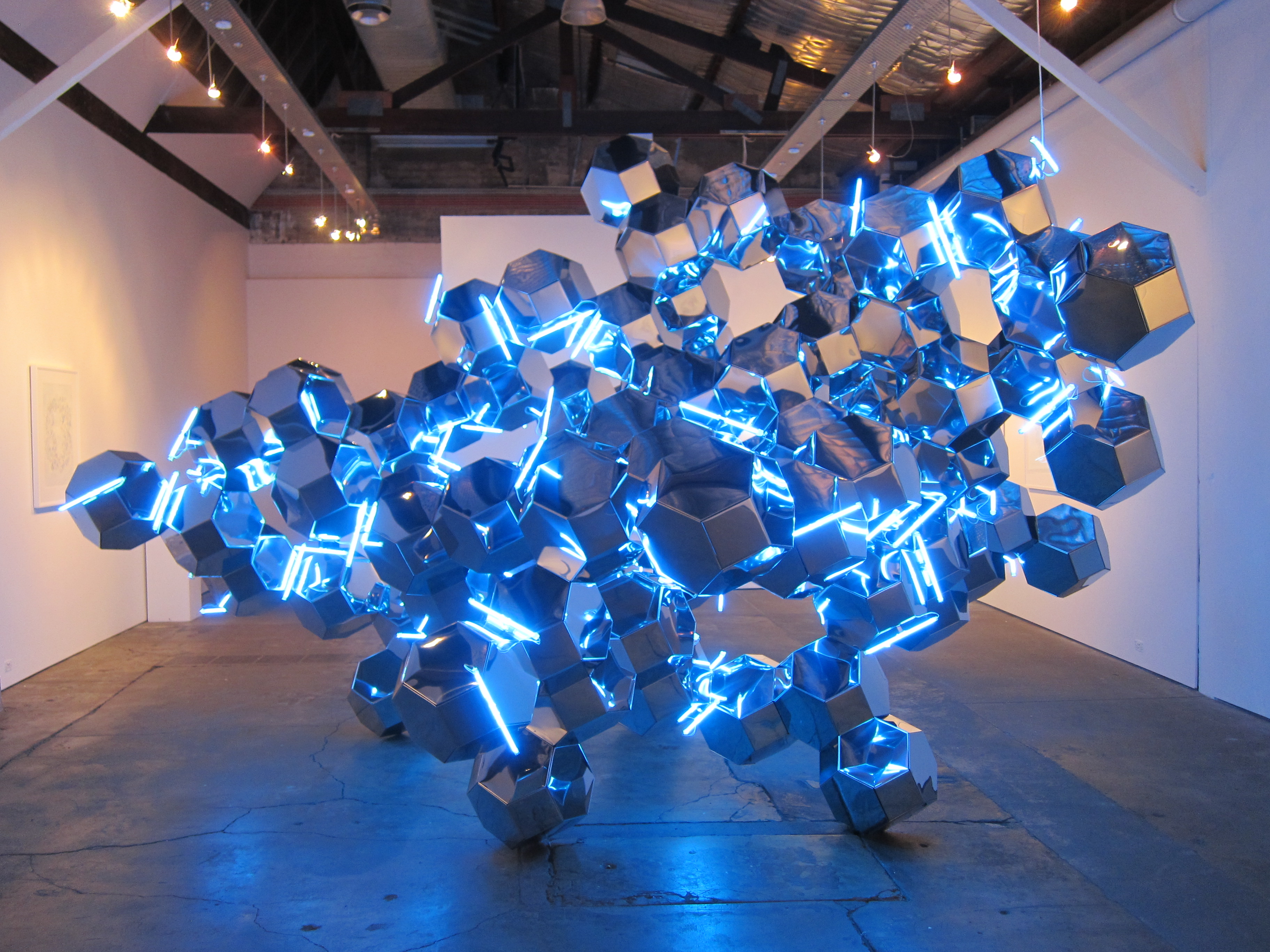 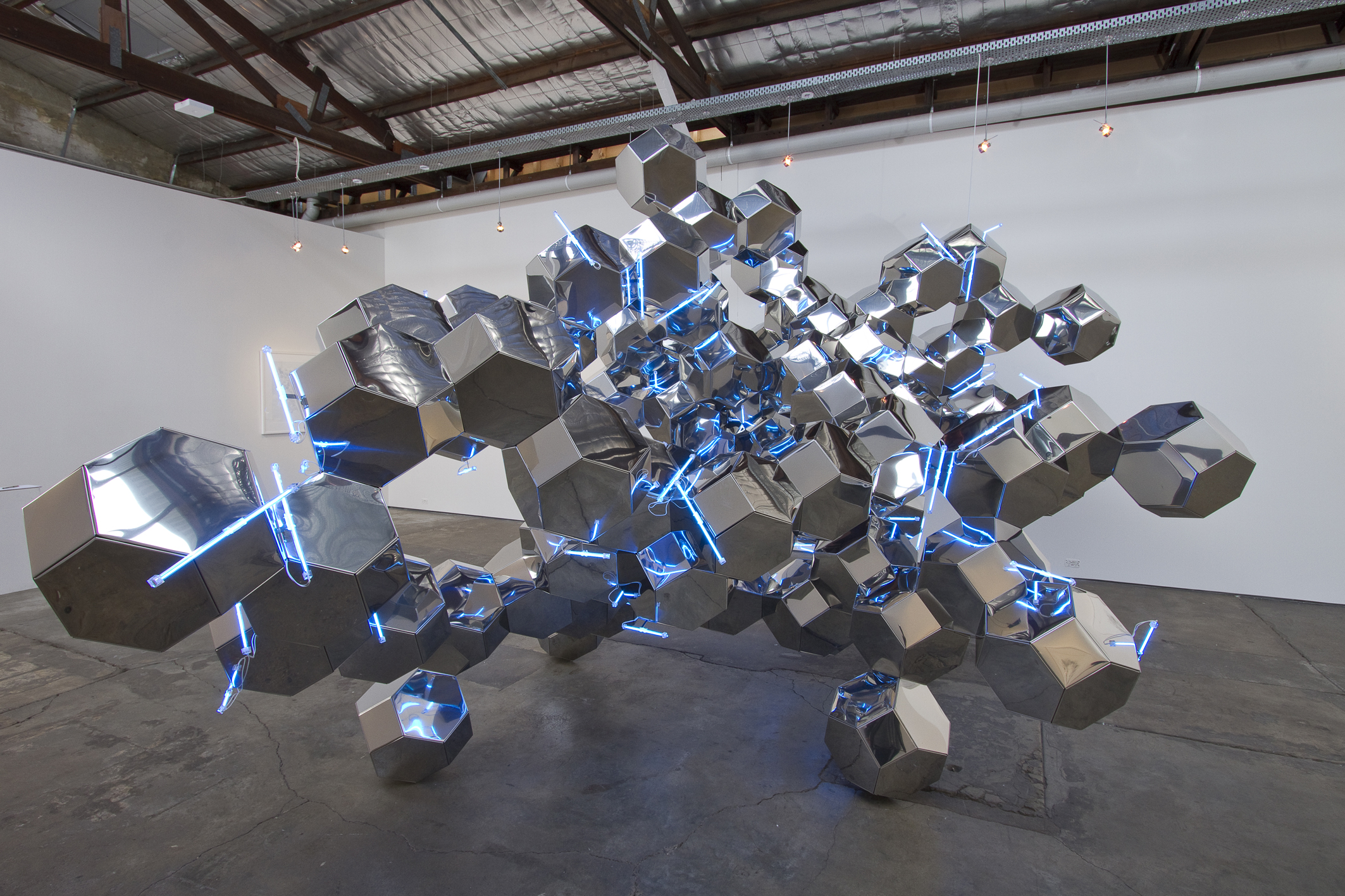 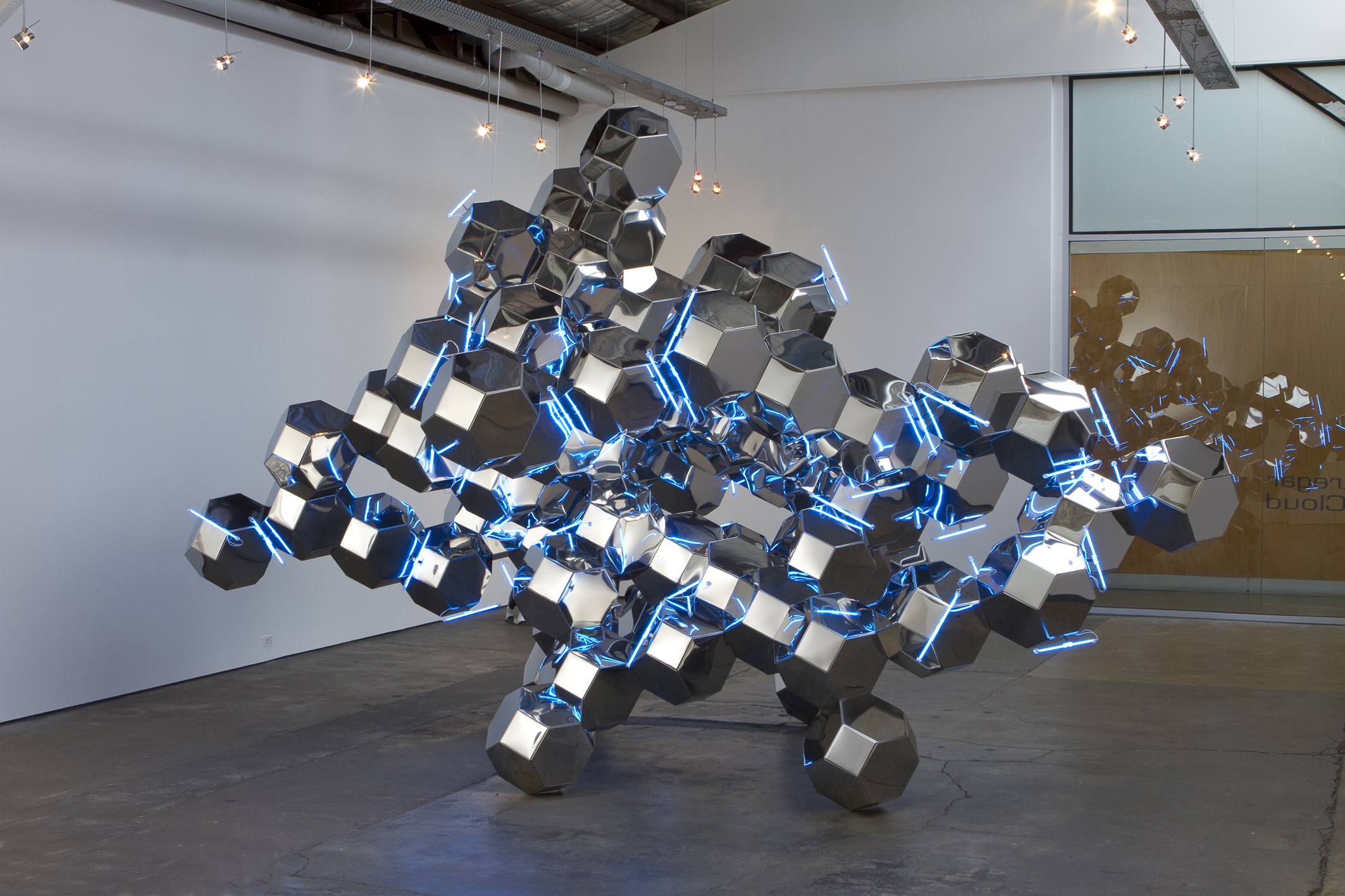 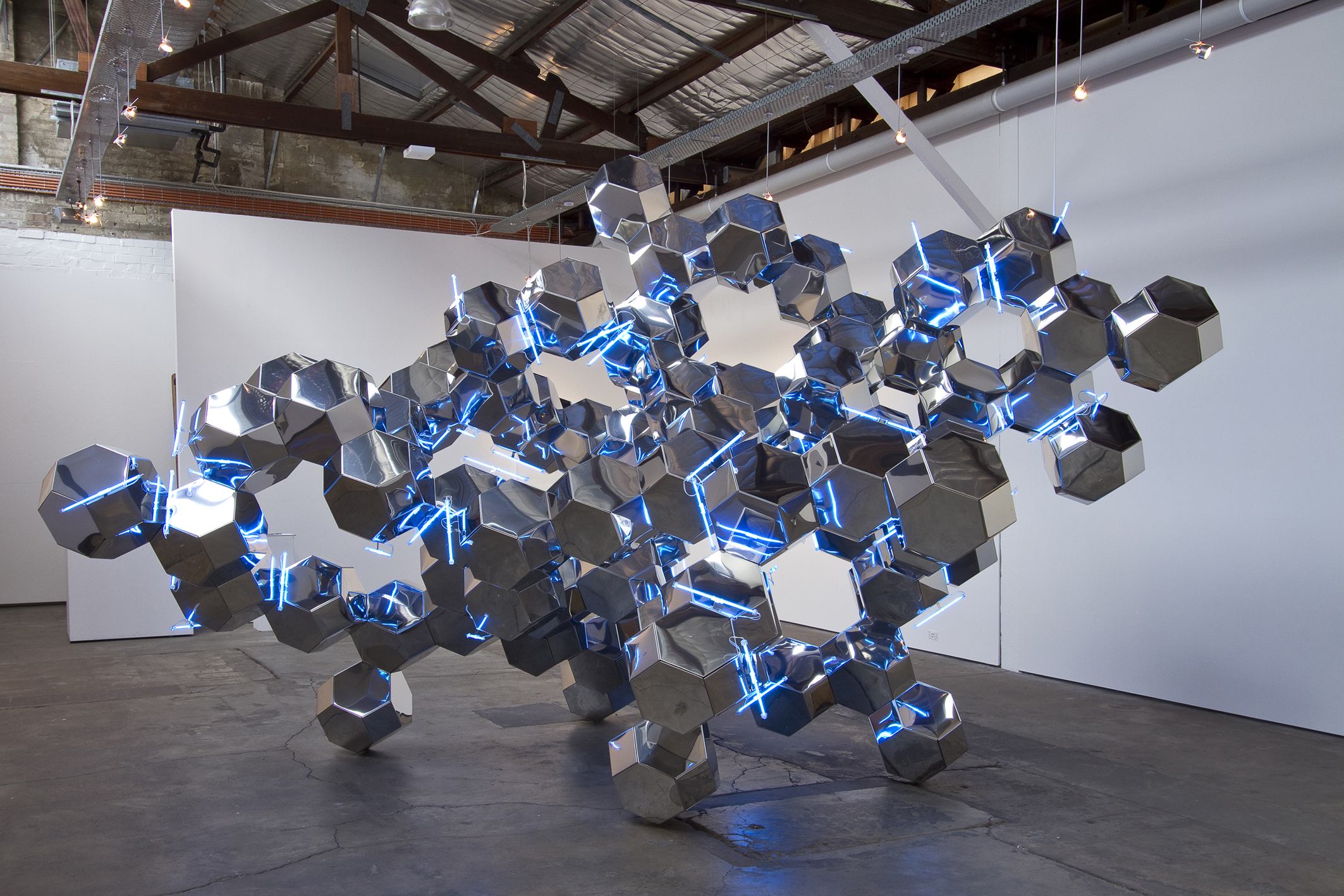 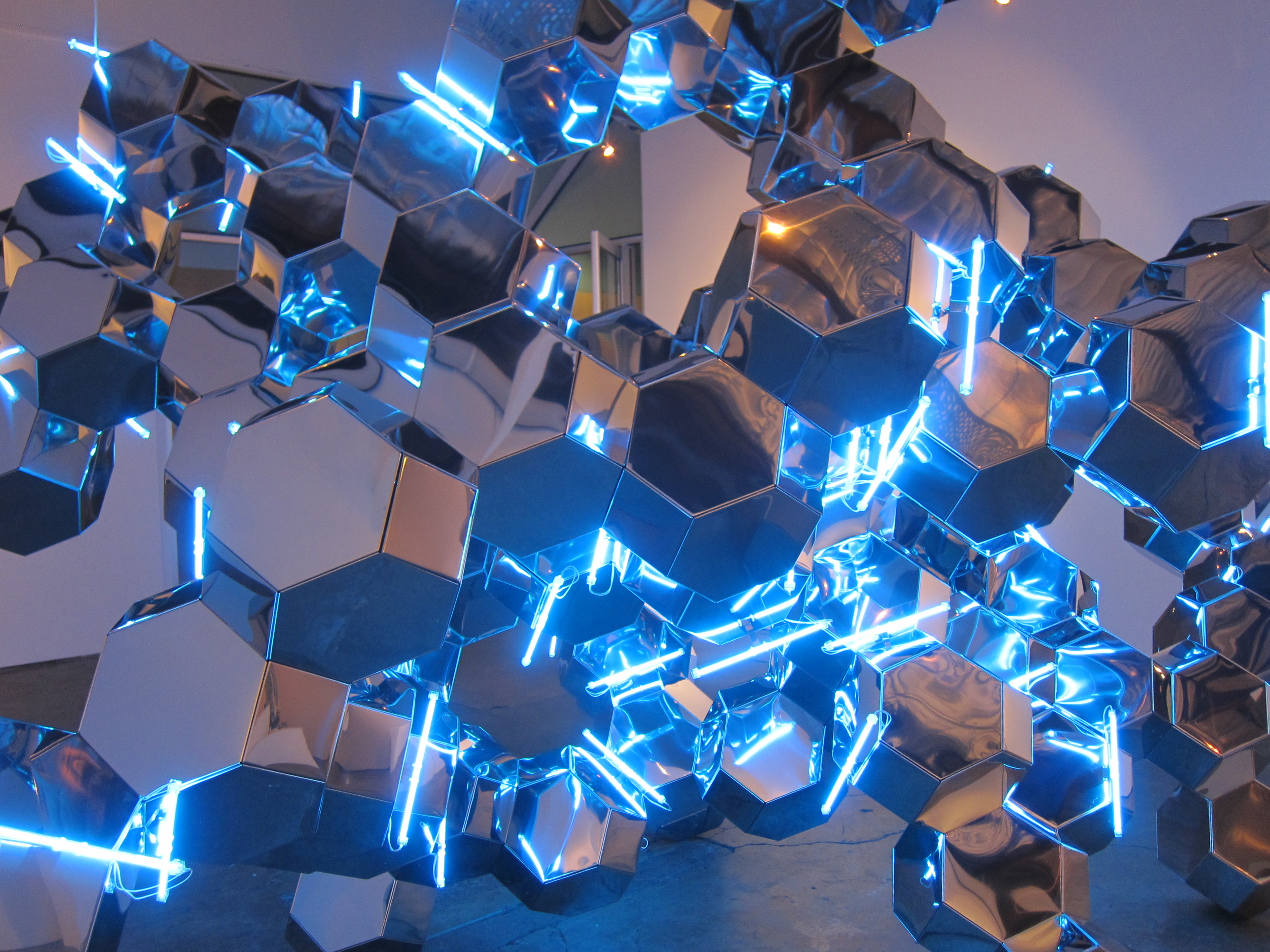 Houdini Cloud is the title of a major new reflective stainless structure that has the appearance of floating in the space of the Depot Gallery like a low flying cloud. The work is positioned on the floor of the gallery but could also be suspended in a range of potential spaces. The reflective skin of the structure mirrors and fragments the surrounding environment, altering perspectives and expanding the views of visiting public. Its appearance changes according to the light conditions, allowing the work to continually respond to its surroundings. The artists aim is that the combination of forms in the constructions looks like a maze of repeating crystalline mathematical forms that twist perspective and mirror the surrounding space.