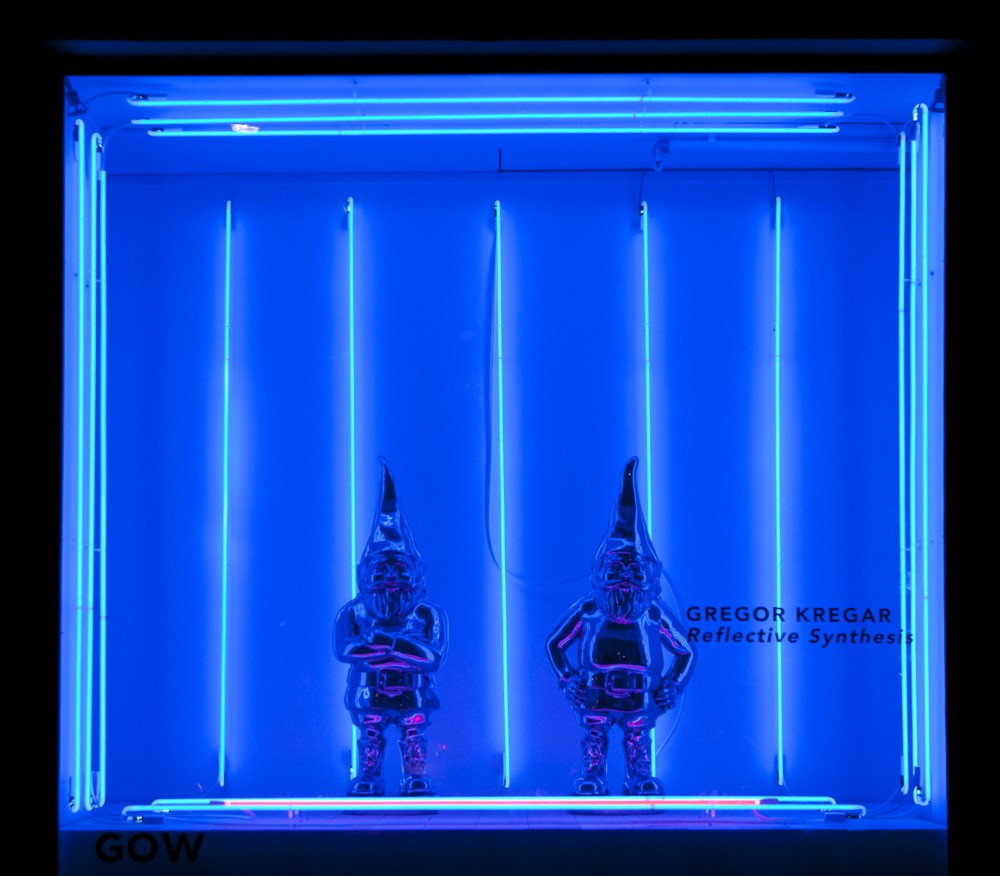 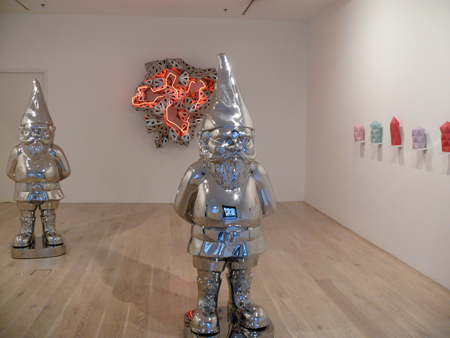 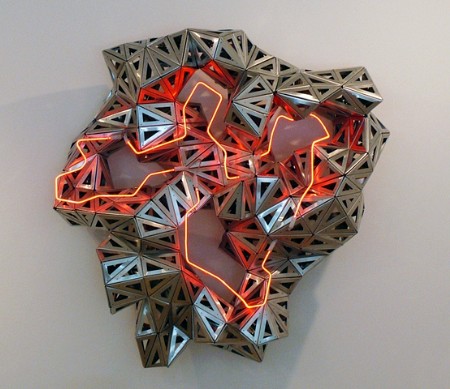 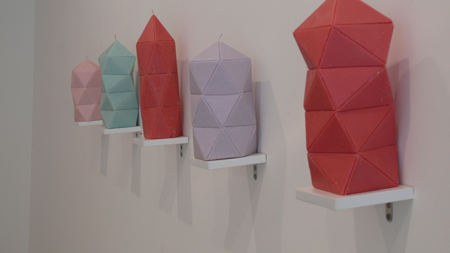 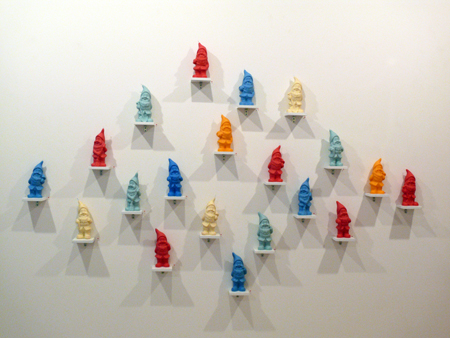 Popular in working class and suburban gardens for decades, the garden gnome is now somewhat an icon of popular culture. Widely associated with kitsch and the decorative, the little bearded pranksters with paunches are beloved friends that inhabit gardens all around the world.

Yet despite their Disney appeal, gnomes have a complex history that reaches far beyond cartoons and pop kitsch. Originating in medieval Europe, gnomes were closely connected with the science of alchemy and were considered guardians of minerals and materials. The word ‘gnome’ itself originates from the Greek ‘gnosis’, or ‘knowledge’.

Sculptor Gregor Kregar is known for his works that challenge the traditional meaning of his subjects. Often representing works in a way that displaces traditional interpretations, Kregar imbues his subjects in new and unfamiliar environments or surroundings. In Reflective Synthesis two oversized gnomes dominate the gallery space in Kregar’s exploration of the trivial everyday aesthetic of his subject, in relation to its mystical and scientific history. Made from high quality stainless steel their surfaces are mirror polished and highly reflective and here, the humble garden gnome is transformed into large gleaming terminator like creature that guards the space.