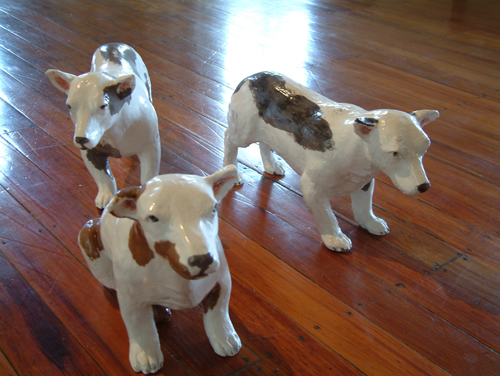 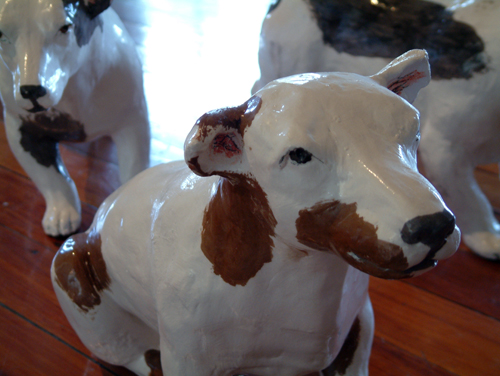 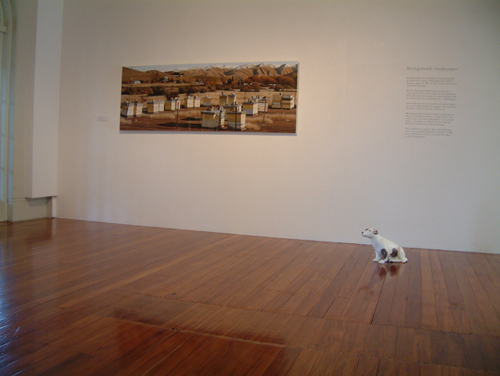 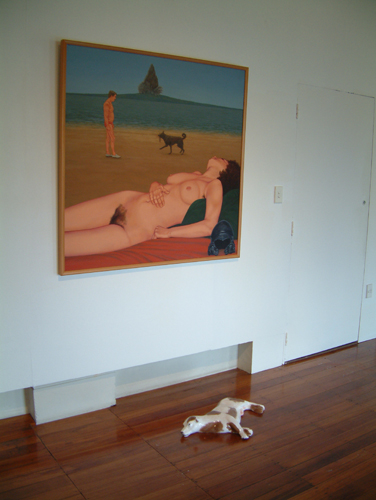 This work consists of twelve portraits of small mix-breed dogs in various positions. They were scattered around the gallery in a way to interact with the architecture of the gallery and other art works in the show. It was interesting to see how these small discretely installed portraits took over the whole exhibition.

The title refers to the name of a notorious criminal gang in New Zealand. It is believed the name for the “Mongrel Mob” gang originated from the comments of a District Court Judge in the Wairarapa, NZ in the late 1960s when he referred to a group of men before him as “nothing but a pack of mongrels”. The name stuck and later similarly named groups sprang up around the country, forming their own independent chapters.