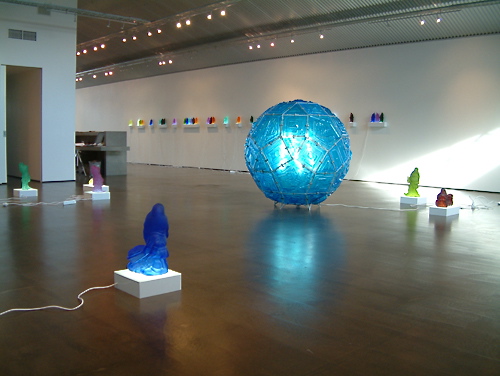 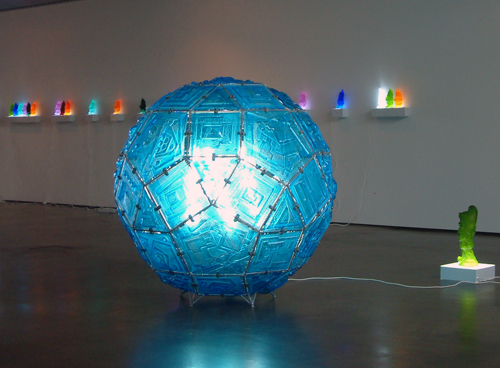 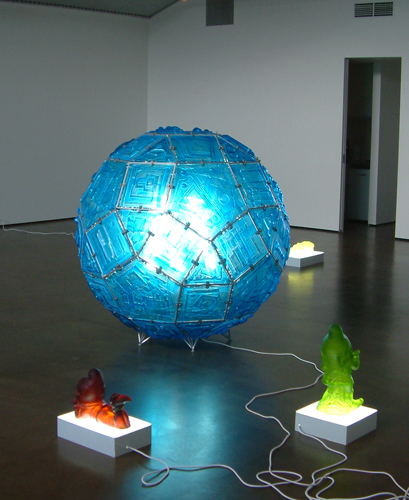 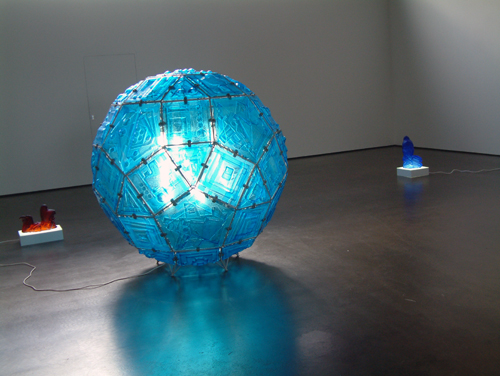 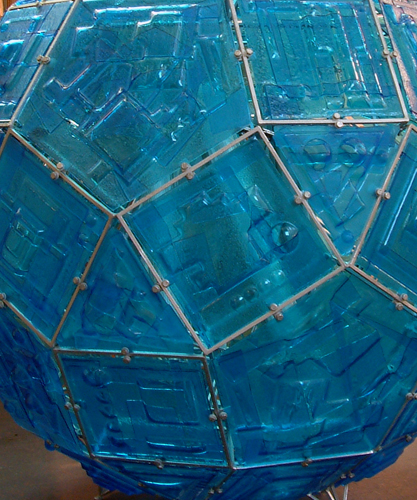 The form for this large glass construction is influenced by the geometry of one of the Archimedean solids; The Rombicosidodecahedron.

Archimedean solids and geometric structures are found in the scientific world as well as the spiritual realm. Archimedean solids are also described as Cosmic Volumes and have been used by many cultures to represent the materialization of the spirit. Images and diagrams have been found in Neolithic Britain, Hindu India and ancient Greece. Their geometry was also used by Kepler to understand the universe and the movement of the planets. Archimedean solids represent a spatial example of the balance and symmetry of the Golden Ratio and these forms have been used in architecture and art throughout history to the present times.