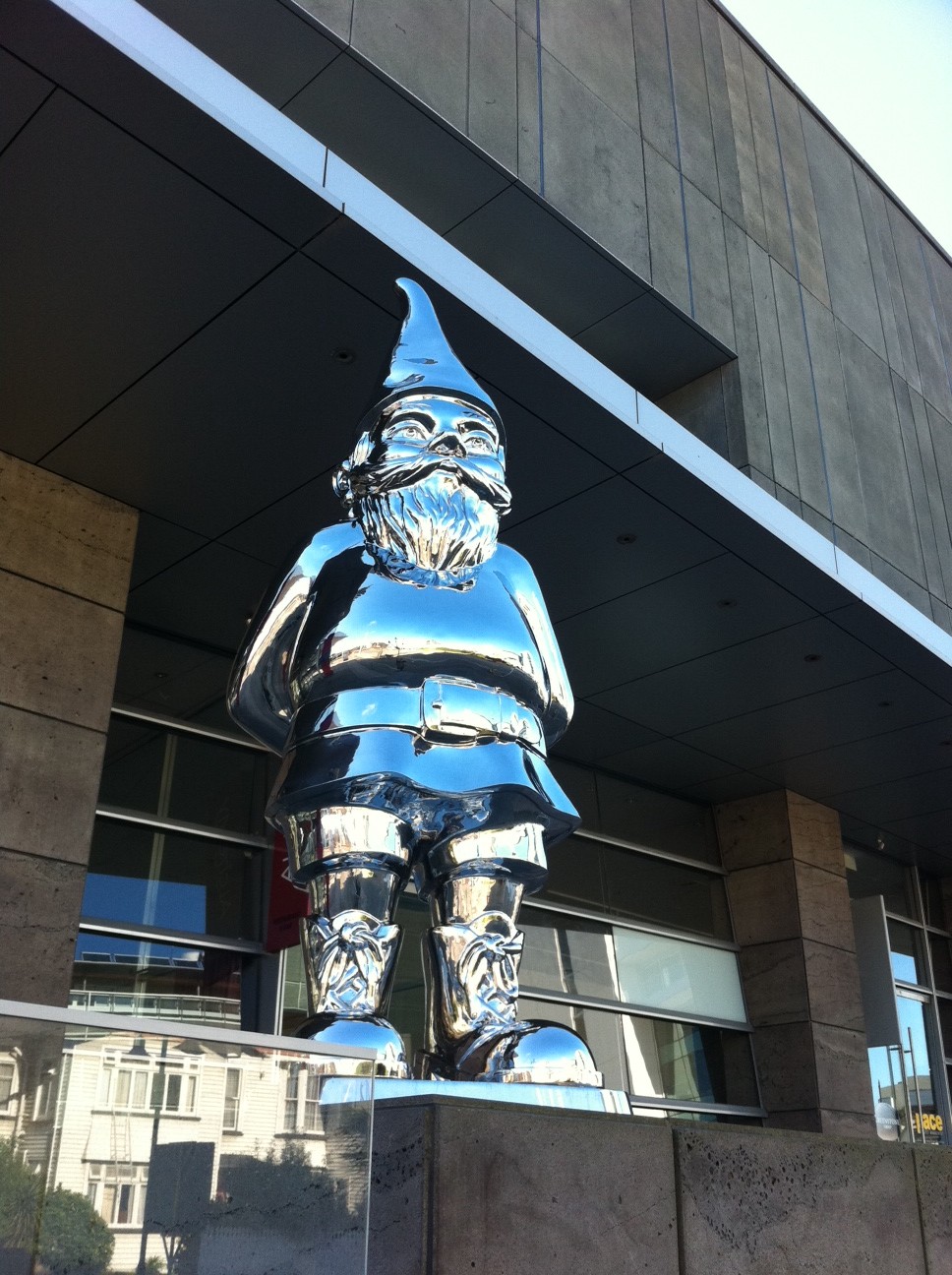 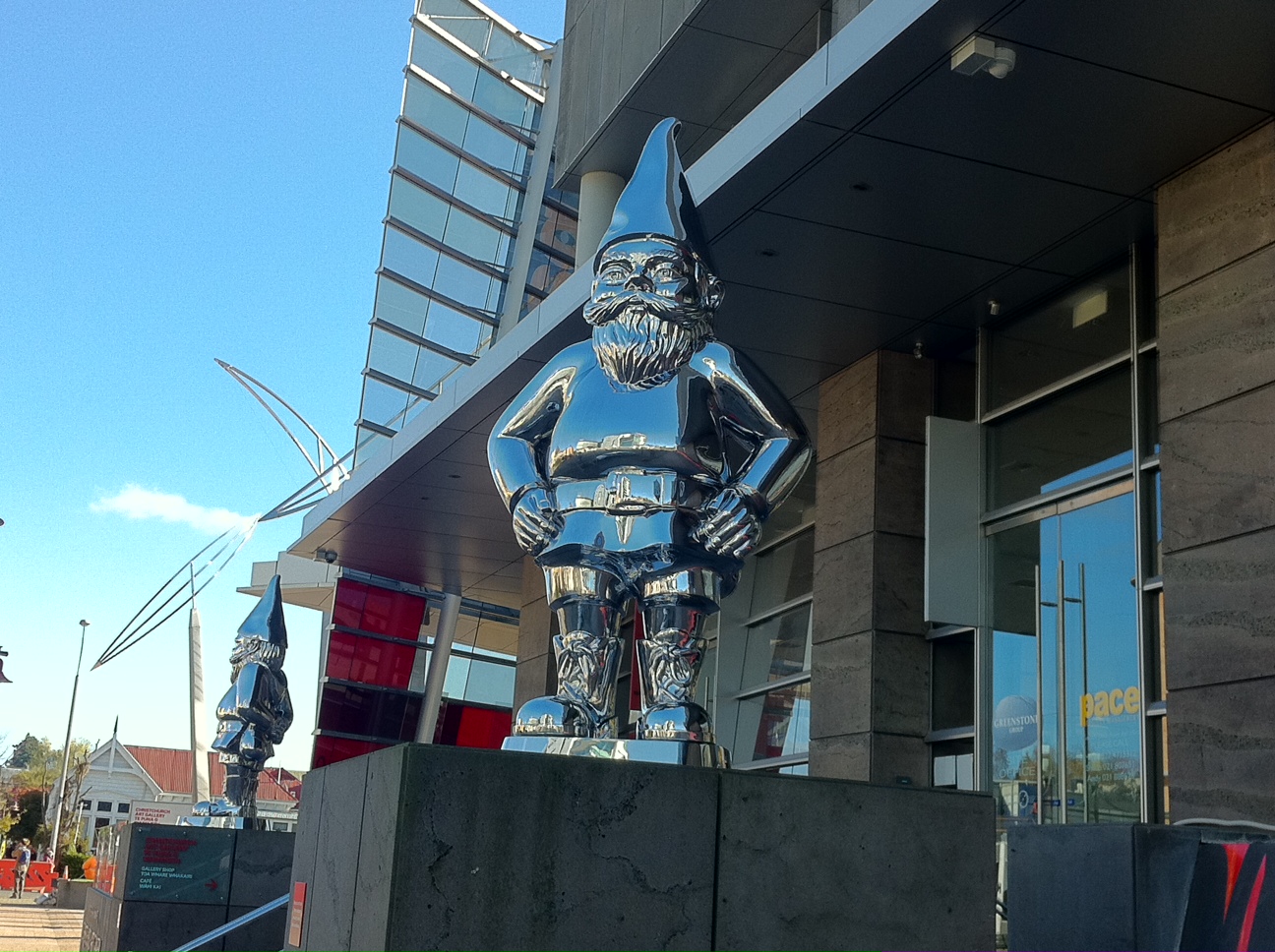 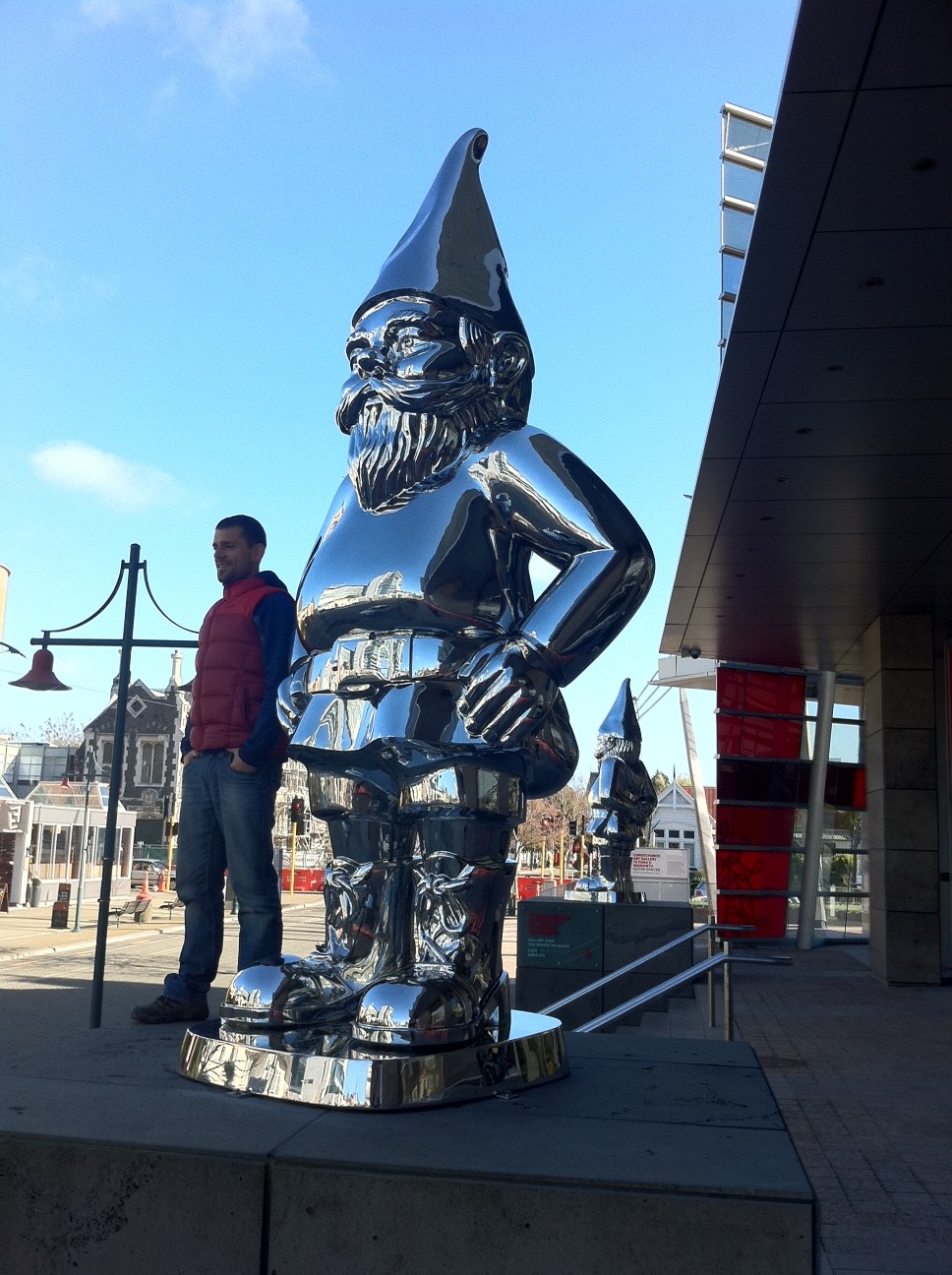 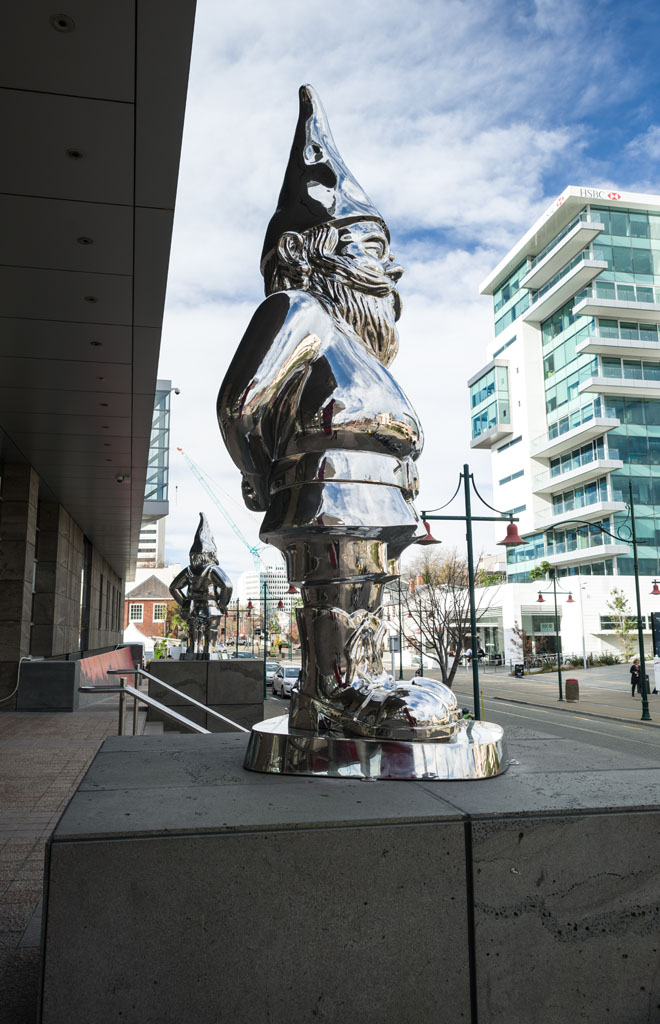 Several famous sculptures of historic figures were toppled in the Christchurch earthquakes. Two years on, sculptor Gregor Kregar has brought some unusual new monumetal figures to town. Reflective Lullaby (John) and Reflective Lullaby (Robert) are gnomes like you’ve never seen before huge rather than small and made in shiny steel rather than painted plaster. ‘garden city’.

As Kregar puts it, ‘the gnomes are not the heroes of one event but rather the funny philosophers of everyday life.’ Peering out over the inner-city landscape, they look reflective (in both senses) but also armoured against trouble. Comic-heroic
ornaments for the post-quake ‘garden city’.