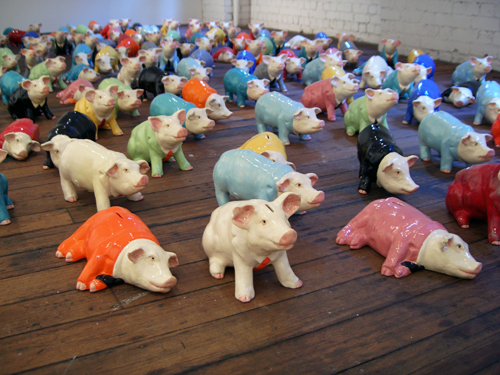 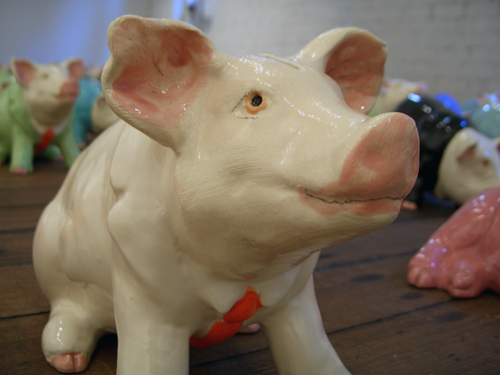 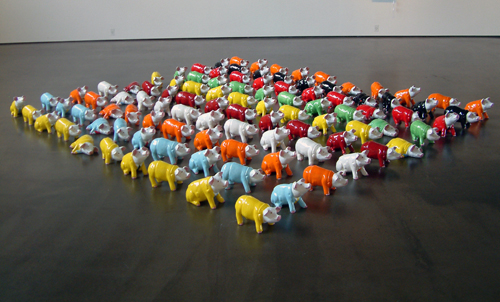 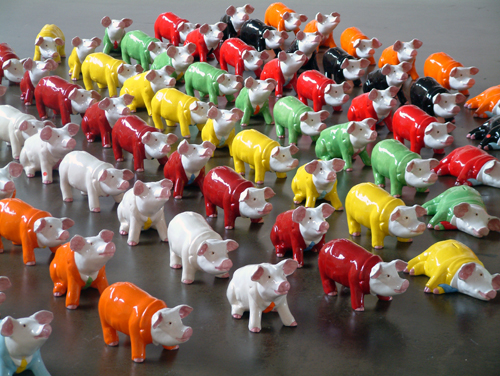 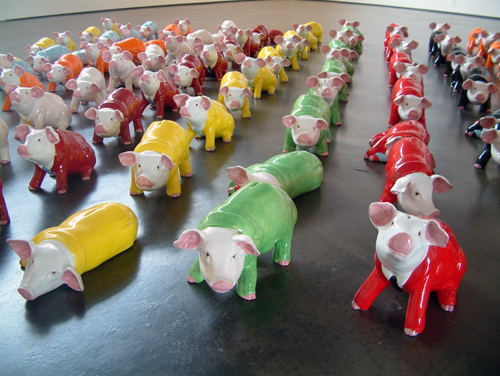 The Pygg Bank Project consisted of a large number of colourful glazed earthenware ceramic pigs based on traditional ‘piggy’ banks. The ‘piggy’ banks were all dressed in colorful business suits, shirts and wearing ties. This project started during the South Project Residency in Melbourne in 2005 and was later further extended with two exhibitions in New Zealand.

These new versions of ‘piggy’ banks take on new meanings. They look like mass produced cute, round happy pigs, yet more challenging readings are introduced. I am interested in the role the ‘piggy’ bank occupies in the western cultural imagination and how consumerism is taught at a young age; we throw the money in, ‘piggy’ gets ‘fat’, we smash it, buy the desired goods and so the world goes round. I want to use the familiar ‘piggy’ bank but change it in a way that would remind us of our false consumerist legacy. Viewers were greeted by hundreds of eyes staring up at them, creating a slightly disturbing experience.