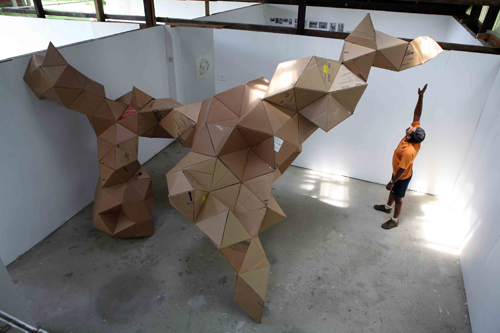 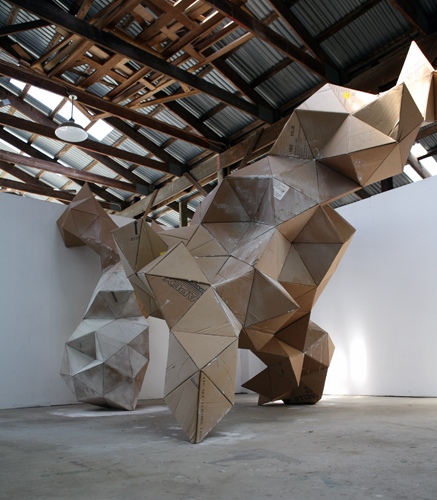 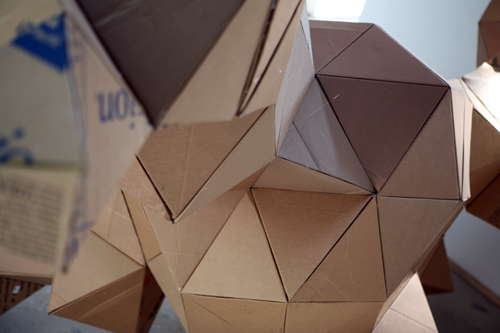 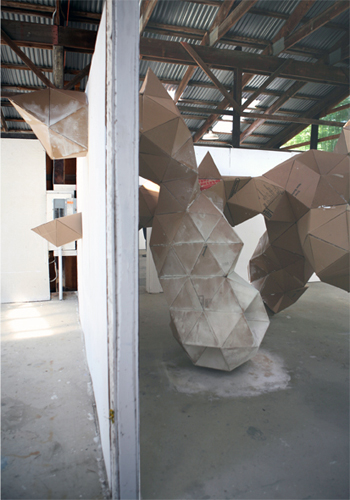 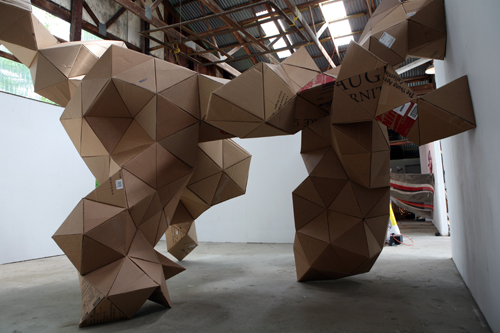 Cardboard Construction is built entirely out of found, recycled cardboard boxes. It was constructed as a site-specific response to the studio space I had for the duration of my residency at Art Omi. The construction grew through the studio space and punctuated the wall into one of the neighbouring rooms. The size of the structure was determined by the physical strength of the material.

After the structure was finished I sprayed it with a super saturated salt solution which resulted in fine, frost like, crystal growths on some of the surfaces of the works.